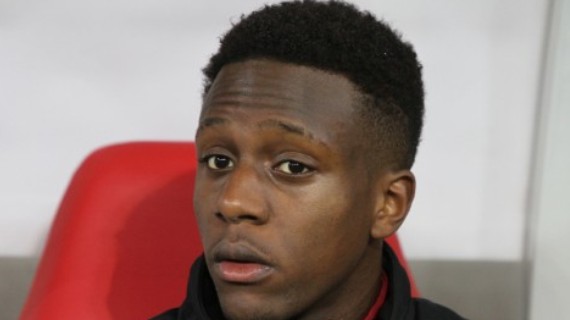 Upcoming Kenyan/Belgian striker Divock Origi was on target for his French Ligue 1 club Lille over the weekend. Origi’s debut goal ensured his team drew 1 -1 with Troyes.

Divock is the son of former Kenyan striker Mike Okoth and has grown up playing for the Belgian youth team ranks.He is  a cousin to Harambee Stars keeper Arnold Origi.

The 17 year struck in the second half 74th minute to rescue Lille from losing to bottom placed Troyes who had taken the lead in the first half through a 30th minute Camus goal.

Lille now has 31 points is placed 10th on the PSG led log.Another Kenyan Dennis Oliech ply his trade in the same Ligue with AC Ajaccio.