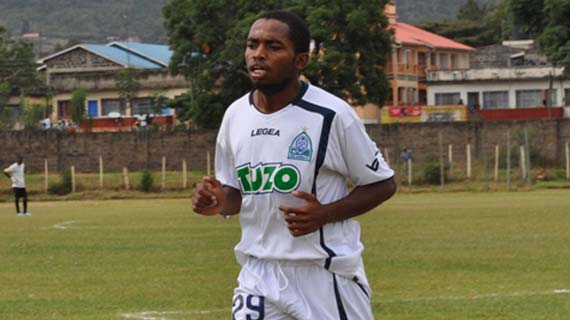 Coach Zdravko Logarusic has dropped the hammer again and this time it has fallen on three players. Dan “Macheda” Owiti, Ibrahim Kitawi and John Kiplagat have been released from the club.The three were released this evening.

Confirming the exits, Gor Mahia Secretary General George Bwana said that they had a long chat with the trio this evening ahead of their release.

“We wanted to send the three on loan but they refused instead saying that they will look for clubs. Macheda had his contract expired while Kitawi and Kiplagat were released. We thought as a club, it is always good to send the players on loan so that they can gather more experience and come back to the club better but they did not agree to that,” Bwana told Michezoafrika.com.

Kiplagat had been on the bench for most parts of the first leg last season but came back to life in the second leg being a regular for Gor under Coach Anaba Awono. However, he has seen little of play time under coach Zdravko Logarusic.

Macheda on the other hand has found it difficult cracking a starting place in the team and has come in as a sub on rare occasions.

Kitawi made a comeback to the team at the start of the season from Tusker where he was dropped. The winger had moved to Tusker at the end of the first leg last season from Gor Mahia, but could only spend six months at the brewers.

At the same time, Bwana says that they are almost completing talks with Itubu Imbem who is club less and he is expected to finalize talks by Tuesday.