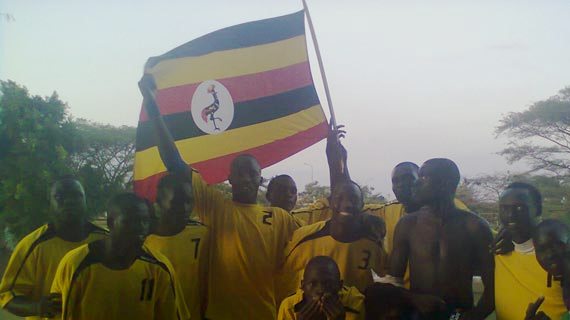 The Uganda under 20 men’s handball team are the new regional champions after beating the hosts Kenya 34 – 32 on Thursday evening at the Moi International Sports Centre – Kasarani in the just concluded East and Central Africa Zone 5 B Championships.

In the volatile match that needed Kenya to beat their hot rivals Uganda by over 10 goals for a qualifying chance , both teams displayed an urgent performance but at the end of the day the Ugandan’s took it home. This was majorly due to the lack of concentration at the Kenyan defence line that saw them throw away open pockets that allowed the Ugandan’s easy time to penetrate especially at the first half which ended 18 – 12 in favor of the eventual champions - Ugandans.

Kenya captain Jerry Ogallo was off target a number of times with his shots going right above the Ugandan goal posts.

Speaking to Michezoafrika.com after the match Kenyan head coach Allan Mate complained about poor officiating but all in all said it was a good game, ‘‘The referees made a couple of mistakes that cost us in the game but the Ugandans came to the match well prepared. We have learnt from our mistakes and now we will go back to the drawing board,’’.

In the women’s edition Kenya emerged victorious after winning all her three matches.

The next East and Central Under 20 Handball Championships will be held in 2015,