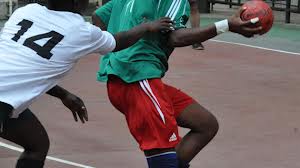 The  Kenya  Handball  Federation will be hosting the Olympic Solidarity  Advanced  Coaching  course  at  the Nyayo  National  Stadium, the course started on Friday and will run up to the 12th of May.
The  handball coaching experts  conducting  the  course are  Zoltan  Marczinka  who is already arrived in the  country  and  will  be assisted  with  Kenya’s Martin  Nandi.

Around 26 participants drawn from Uganda, Tanzania and Kenya are expected to take part in the course. This  is  an  advance  coaching  course  aimed  at  also  identifying probales  for  African  Coaching  Lecturers.

Charles ‘Jaji’ Omondi the KHF Fixture Secretary stated that the aim of the course was to empower the local coaches and possibly move them to the next step of coaching, “the aim is to improve the coaching standards and also look at the possibility of having coaching lecturers from our region.”