Kenya U-20 handball team off to Djibouti 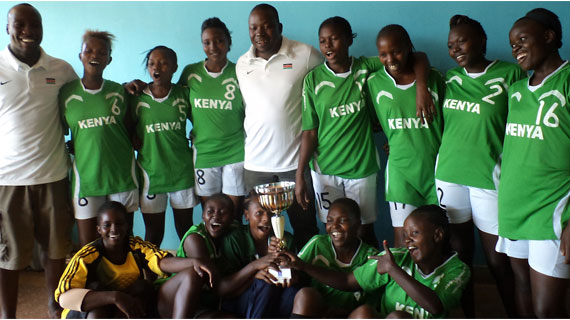 Kenya U-20 handball team off to Djibouti

The Kenya U-20 women’s handball team that will take part in the Continental Phase IHF Trophy, departed for Djibouti on Thursday morning for the tournament which is slated to kick off on the 7th of April.

According to coach Mohammed, the team was selected based on merit adding that he banked on the experienced players so that he may have a strong squad, “yes they are just U-20 but I needed players that have played in international competitions from a young age and if you look at the squad that is what I went for.”

The coach went on further to state that the team was in high spirits and they would take the few days before the actual matches kick off to spruce up, “the arrival of Winnie Kirwa from Shimba Hills injected some psyche in the team since she posses the physical presence and also powerful shots that a team needs. The 3 days before the matches begin we shall clear on some of the drills we had not yet gone through and also asses the courts and the weather.”

Kenya’s first match will be against the hosts Djibouti and Mohammed is convinced that they will be able to cause an upset to the side, “we have worked on our fast breaks and I believe we shall be able to overcome the home side with them otherwise I can say am sure that we will reach the finals.”