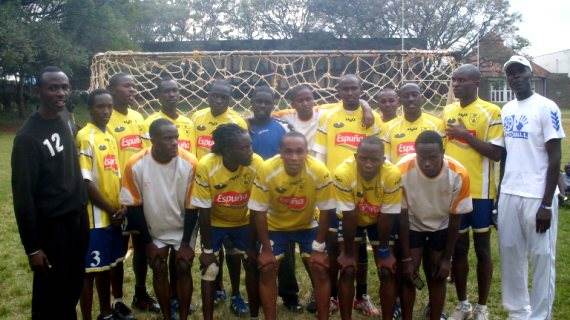 The Kenya Polytechnic handball team will most probably participate in the Kenya Handball Federation League and the Kenya Defence Forces League according to team coach Henry Saluvane. The team which was runners up in the K.D.F Chairman’s open cup losing to eventual winners Ulinzi 26-19 will make a decision to which league it will participate but it is most likely that they will be represented in both leagues.

“We are yet to meet with the players and discuss since they are also integral when it comes to the decision in which league to play in but the way it looks we might have to play in both.” Saluvane said while speaking to michezafrika.com

In the 2011/2012 K.H.F league ‘Poly’ as they are commonly referred to drew with Gunners Artillery 26-26 in the quarters of the League play-offs to end their campaign after being edged out by rivals Kaloleni based Black Mamba who beat them 33-22 in the preliminary matches.

The Kenya Handball Federation league is yet to kick off while the KDF League will head to Nakuru for its second leg which will be held at the Nakuru High School and will run from 22nd to 23rd of September.