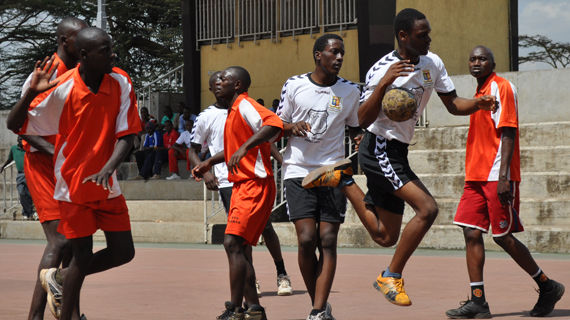 The Kenya Handball League play-offs that were to be played this weekend have been postponed; this is according to Secretary General Charles Omondi.

The absence of the military teams will also be a setback in the play-offs. The teams were disbanded on the onset of the ‘Operation Linda Nchi’ and have not participated in the league since then. On this Omondi stated that there was going to be a meeting to discuss the latest turn of events.

"I have been informed that they (military) are going to have a meeting on the 5th of next month to deliberate on the matter. We as the federation can see the next step after we have had their response.’’

The actual dates of the play-offs will be confirmed at a later date.