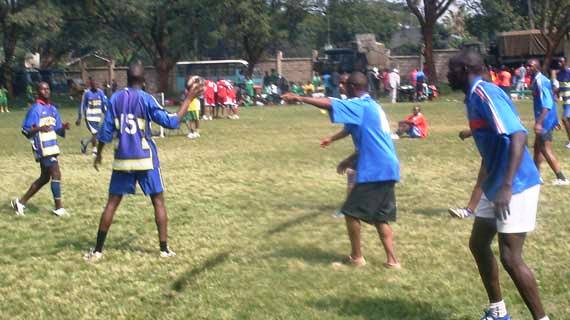 By BRIAN AYIEKO 21 Jul 2012
The Kenya Defence Forces Chairman’s cup kicked off on Friday morning at the Aga Khan High School, Westlands with a total of 9 matches played on the first day of a three match day tournament.

The tournament has been organized as a pre-tournament for the newly formed Kenya Defence Force Handball Association (KDFHA) Handball League that will begin in August.

On Saturday, more teams particularly the civilian teams are expected to join the tournament since the first day was meant for the Defence Forces teams.

There was only one match played in the ladies category and it was between Ulinzi ladies team and Armored which ended  in favor of Ulinzi.

Below are the collated results for the men’s category Day One;