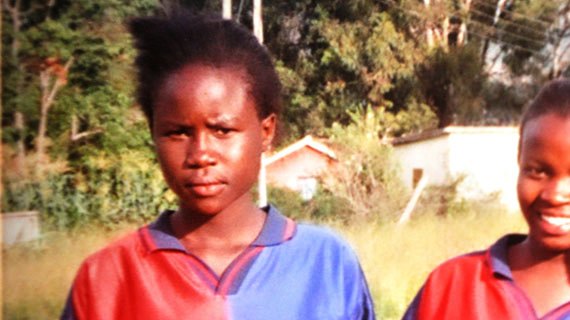 The family of Nancy Sakwa a 16 year old girl and a member of the Kenya U20 national handball team is currently at pain trying to understand circumstances surrounding the disappearance of their girl who is a form four student at Shimba Hills High School in Mombasa. Nancy has been missing since last week Thursday.

Nancy was part of the Kenyan team that recently played in a regional U-20 handball tournament that was held in Nairobi.
According to Nancy’s elder brother Stanley Sammy Achima, the news of their daughter’s disappearance from school has been received with shock and disbelief by the family.

“I was forced to travel to Mombasa for an urgent meeting with school’s administration five days after our sister had disappeared. We recorded a statement with the police in the area who forwarded the same case to the CID. And it is sad the school took this long to communicate to us. If our sister disappeared last week, why wait until now? Achima said.

“As we speak we don’t know where Nancy is and we are worried. She was to sit for her exams and according to information we were given by the school, she disappeared alongside another student who later re-appeared and said Nancy had gone with a former teacher at the school identified as Felix.” Achima added.

A call to the school on Thursday afternoon did not yield much information as a teacher only identified as Mr.Baraza said, “We have forwarded the matter to the police who are currently investigating the incident.”

However,in a dramatic turn of events, the family members finally got Felix’s phone number and when contacted he said: “I love your daughter (Nancy) very much and I am ready to pay whatever you want to have her. I come from a rich family and we can help you change your lives.” He told Nancy’s mother Evelyn Okune on Wednesday night.

But the brother Achima while speaking on behalf of the family said: “Nancy is under age (16 years). If she was 18 it could have been a different story because  the law allows her to make her own decisions at that age. And if he says he wants to marry her, why not allow her finish her exams. The girl only has a few months to sit for her KCSE.If this is a teacher we had entrusted our daughters’ lives to, then how sure are we that our children are safe?” Achima asks.

But sources reveal that the teacher had been sacked by the school due to his repeated affairs with students.

Michezoafrika.com got a chance to talk to the teacher known as Mr. Felix and he said, “I am not with the girl but I want you to know the girl is above 18 and old enough to make her own decisions. I have also talked to the parents.”He said.