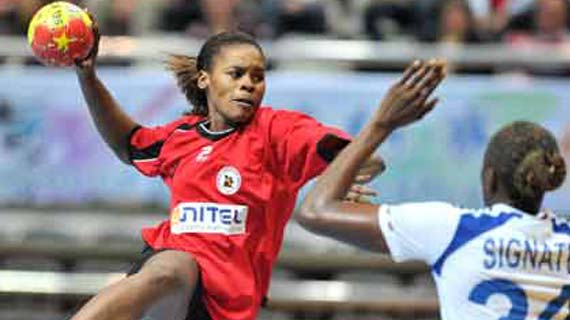 Tunisia the men’s African representatives and Angola the women’s representatives in the handball competition at the 2012 summer Olympics have been pooled in readiness for the matches that will take place as from the 28th of July.

Tunisia are  in pool A alongside 2011 World champions France, Sweden, Iceland, Argentina and hosts Great Britain. Tunisia had earned an automatic ticket to the prestigious games by virtue of winning the 2012 African championship. In pool B 2012 European champions Denmark will battle it out in the preliminaries against Spain, Serbia, Croatia, Hungary and South Korea.

In the women’s category,  2012 African champions Angola are in pool A with hosts Great Britain, Croatia, Russia, Montenegro and Brazil. Tunisia the runners up in the African championship had a chance to qualify for the Olympics games but failed to do so in the IHF Qualification tournament 3 where they managed to win only one match against Dominican Republic in a pool that also had Denmark and Russia.