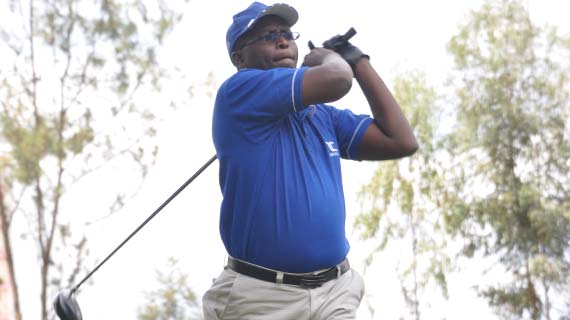 NIC Bank returns this year to host a golf series that will tour around the country with the first round set to tee off at the Par-70 Nyanza Golf Club,  on Saturday May 5th.

The first outing has attracted a field of over 100 players drawn from Nyanza, Kisii, Kericho, Nandi Bears and Mumias. Last year’s winner Maurice Otieno will be among the top contestants in the popular Golf series.

In the last NIC Bank Golf Series season, the Bank hosted over 2,000 golfers from around the country in exciting golf days that also included some of their partners, especially motor vehicle dealers.

According to the host Captain, Osodo, despite the heavy rains that have been experienced lately, the course is in good condition.

“We do not expect flooding and even though the course is wet, it is manageable all the same,” said captain Osodo “We will tee off early as rains pour in the afternoons” ,he  added.

The series will then move to Limuru Country Club on May 12, 2012 for the second leg of the golf tournament.