NIC golf series set to tee off in May 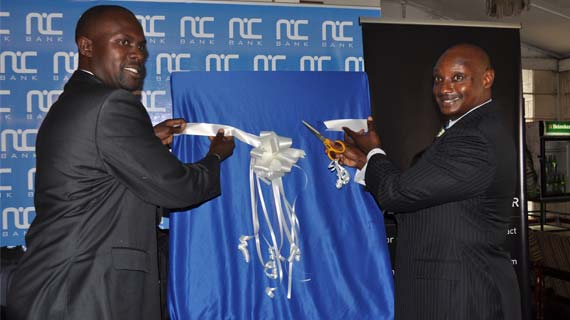 NIC golf series set to tee off in May

The 2nd edition of the NIC golf series tournament was launched on Thursday at the Railway golf club in a colorful function which involved a golf clinic conducted to members of the media and NIC staff by selected professional golfers. The 2012 series set to tee off early in the month of May has expanded its reach to accommodate Uganda and Tanzania.

Professional golfers James Lorum and Collins Omondi who are fresh from the Kenya Open tournament selflessly conducted the 3 hours long clinic by taking the learners through the game’s basic rules and regulations before allowing them to engage in a slight competition. Standard newspaper photographer Stafford Ondego emerged the winner after he managed a hole in 1 in the putting green. The clinic was the 1st activity conducted in this year’s series which will run to December.

Amateurs across the country will have a chance to take part in the series which will be hosted by different golf clubs across the country as well as in the entire East Africa region. On 5th May the series will tee off at the Nyanza club therefore welcoming all amateurs from the region while Limuru golf club plays host role on 12th May. The series will also traverse through Eldoret, Nakuru and Mombasa before venturing in to Dar Salaam and Kampala.

“We are aiming at tapping, nurturing and training golf talents in the country. Through the NIC golf series we can manage to achieve this objective as well as interacting with our customers across the region said James Wainaina,” the NIC director of Sales.

Lorum who also doubles up as the tournament’s coordinator together with Omondi will be present in all the tournament tours to conduct the golf trainings.