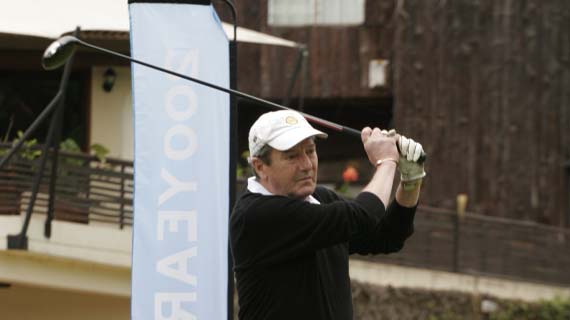 Francis Makanga posted a massive 40 points to emerge the winner of the Citibank Corporate Golf Day at the Karen Country Club. Makanga,playing off a handicap of 22 posted a score of 19 stable ford points on the outward nine and a fiery score of 21 points on the inward nine to lead the field of 110 players.

He had had a shaky start to his round, posting bogeys on his first three holes, before making a Par save on the challenging par-four fourth. He went on to bogey the uphill par-3fifth and lost his tee shot right on the long par-4 sixth, dropping two shots as a result. Pars on the 10th, 14th, 15th and 16th holes gave the champion the boost he needed on the inward nine and although he finished poorly, victory was his.

Speaking after his round Makanga said this was his best round in many years."I am quite thrilled to be the winner and I am happy I signed up for this tournament," Makanga said.

Citibank's CEO Daniel Connelly was the staff winner beating 11 other Citibankers who participated .He posted 16 points on the first nine and 21 points on the second nine for an impressive score of 37 stableford points. Moses Kiboi was the staff runner up with 31 points beating his colleague Nick Kamere on count back.He later thanked all those who took part in the tournament and assured his company's continued committment to supporting the growth of the sport.

The nines went to Rose Musau on 22 points and Muchemi Wambugu on 22 points. Raphael Nzolo was the men's nearest to the pin winner whilst lady golfer Salma Mazrui was the ladies winner in the same category.