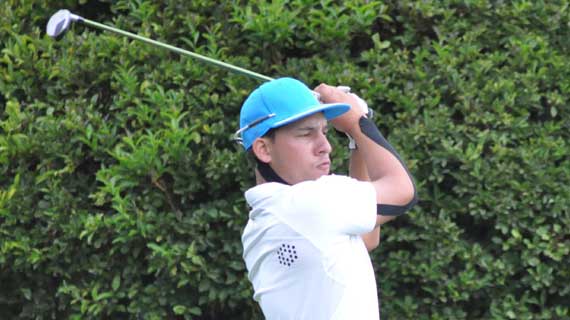 As the Golfers count down to the 44th edition of the Barclays Kenya Open championships, the tournament has continued to draw more sponsorship from corporate organizations with Jaguar- Land Rover being the latest to donate one million shillings on Wednesday afternoon.

While receiving the donation, Tournament Director-Kenya Open Patrick Obath thanked Jaguar- Land Rover for coming on board to support the event adding that the sport has been recognised for integrity, sportsmanship, comradeship as well as its premium cues.

A total of 150 professional golfers, among them 23 Kenyans, will be battling for the top title at the Muthaiga Golf Club as they compete in what is termed as Kenya’s top golf event.

As the tournament tees off, defending champion Michiel Bothma from South Africa will be seeking to retain his title. The winner of the tournament will pocket 3 million shillings a prize from the shs. 20.8 million total prize money set aside for this year’s edition.