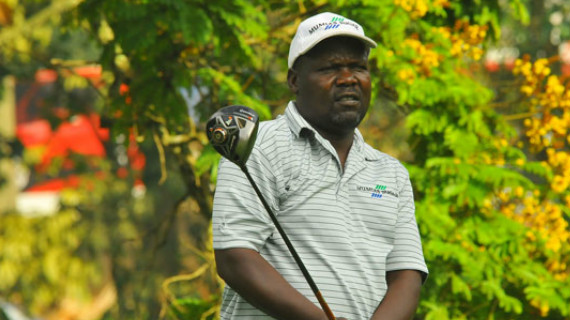 Dismas Indiza Anyonyi continues to fly the Kenyan flag as the highest placed local representative at the Barclays Kenya Open, and he is in a tie for 14th at six under par thanks to a second consecutive round of 69.

The 46 year old is one of three home favourites qualify for the final 36 holes, and alongside Brian Njoroge and Matthew Omondi, who both made the cut on the mark at two under par after rounds of 68 and 71 respectively on Friday, will carry the hopes of a nation over the weekend at the Karen Country Club.

Meanwhile, South Africa’s Haydn Porteous has pulled out a narrow two stroke advantage at the Barclays Kenya Open after a second round 65 saw him post 13 under par at Karen Country Club on Friday.

The 20 year old, once ranked as his nation’s top amateur, is just ahead of overnight leader José-Felipe Lima thanks to his seven under par score on Friday and the fact that he has only dropped two shots over the opening 36 holes.