Indiza and Njoroge strike better at the Kenya open 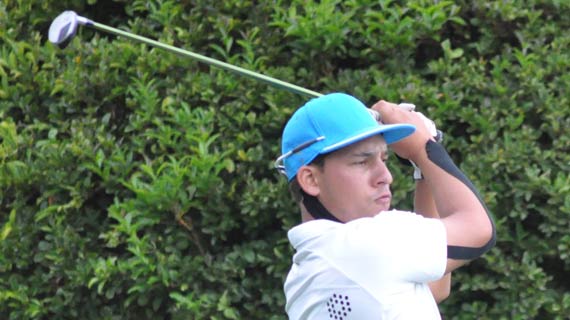 Indiza and Njoroge strike better at the Kenya open

23 year old Danish Morten Orum Madsen continued with his powerful start  in the ongoing Kenya Open golf tournament as he maintained his position at the top of the leader board after the 2nd round though battling to register a one over par 72 which helped him reach a six under par.

But it was Kenyan veteran Dismas Indiza who seemed to carry the day after he improved to 2nd position of the leader board up from 4th in the 1st round after scoring one under par 70 leaving him a point behind Madsen. Indiza managed 4 birdies and 3 bogeys.

The par five 18th was the most impressive for Indiza, where his second shot dropped just a few milimetres away from the hole and slightly missing an Eagle.

Brian Njoroge was also striking in the 2nd round finishing 4th in the leader board. A total of 6 birdies and 3 bogeys and a single double bogey in the 9th hole earned him one over par 70 thus trailing 2 points behind leader Madsen. The result was gladly appreciated by the Vet Lab attached player who is aiming at finishing top 10 in this competition.

“Round 2 was exciting. This is my first time to make a cut in this competition and now I am focusing on finishing among top ten,” he said.

The championship continues on Saturday with other Kenyans such as Anderson Stefan and Nicholas Rokoine also staging a spirited fight.