ICEA LION Golf series to tee off in Nyanza this weekend 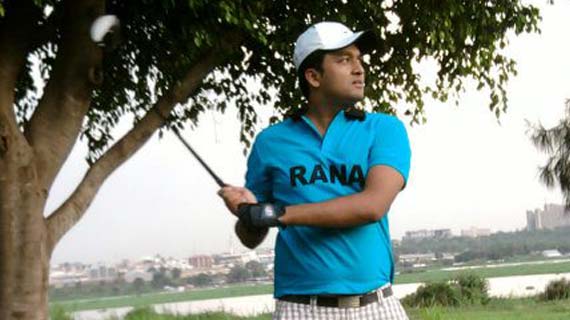 ICEA LION Golf series to tee off in Nyanza this weekend

ICEA LION General Insurance will begin its country wide golf series at the par 70 Nyanza golf club this coming weekend. The group will be sponsoring the series in various parts of the country and Nyanza will be its first stop.

Charles Aburi who won last weekend’s NIC golf Series has promised to work hard and retain the slot but says he is aware that there will be competition from other qualified golfers.

“Am happy that I won the NIC series and I am sure that I am going to retain the title.But this will depend on the way I work hard to defend the title” Aburi said.

The Kisii based golfer beat a field of 76 golfers drawn from Nandi, Mumias, Kakamega, Nyanza, Muthaiga and Railway golf clubs and managed a total of 39 Stableford points.

Last year’s winner Maurice Otieno has also promised to give a strong defense and plans to overthrow Aburi from the title. Another prolific golfer Rana Sultan who came in fourth has also promised to use all at his disposal to win the tournament and clinch the ICEA title.

“It is going to be a tough tournament putting in mind that top golfers will be drawn from across the country. It is a great initiative from the ICEA and I would love to urge them to spread their wings as we seek to make golf a national sport” Rana said.

ICEA plans to spread the tournament throughout the year and will sponsor golf tournaments in major towns in Kenya. They will start with Kisumu then head to Kitale, Nakuru, Nairobi, Eldoret, Nyeri, Kakamega, Mumias, Nandi and Mombasa.

Their major focus is to build relationships with all stakeholders in these regions of the country and making the world know more about their products.

“We plan to spread our golf series to all parts of the country, this will enable us reach as many clients as possible and help the game of golf grow through our CSR” Stephen Oluoch the CEO ICEA LION General Insurance said.