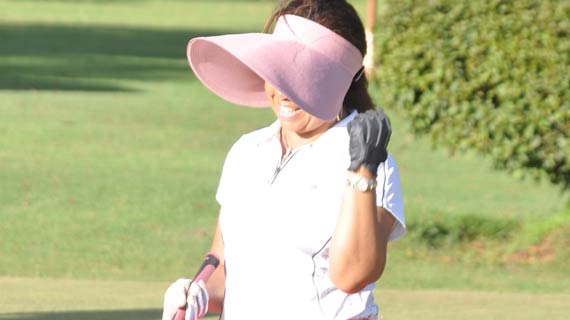 With the completion of the last qualifying round at the Limuru Golf and Country Club on Saturday 15 September 2012, the die is now cast for the Dasani Golf Gala's Grand Finale slated for Saturday 29 September at the Karen Country Club.

Home player James Karanja not only posted the day's best score but also anchored his team to first place and a berth at the Grand Finale during the 18th qualifying round at Limuru. Playing on the par 71 course, the handicap 1 Karanja amassed 41 points. David Waiganjo posted 36 points, Cyrus Kamau scored 34 points while Robin Njenga was their weakest link as the team topped the log with 11 points

Speaking on behalf of the winning team, Kamau said he was honored by the win and said they were not going to rest on their laurels until they win the finale at Karen.

“The course was tough, but we managed to conquer it and we believe we can produce a repeat performance in Karen come 29 September,” said Kamau.

Also booking a berth to Karen was the quartet led by Sammy Muita Gathuri who posted 38 points, David Mwindi who contributed 36 points and Grace Kimeria  whose 35 points.Handicap 20 Kenneth Mwaura was the team’s weakest link on 30 points. Their team score of 109 points was good enough for second place and the final berth to Karen.

Coming in third place was Steve Maina (39 points), Victor Gichuri (36 points), Ben Mbai (33 points) and Kamau Ngengi (23 points). They posted a combined score of 108 points and are on standy for the Grand Finale by virtue of being the reserve team.

Other winners on the day included Patrick Obath who claimed the the guest prize after posting a score of 37 points. Nganga Kariuki won the junior prize after registering 32 points. Simon Mwangi won the nearest to the pin prize.

Reagan Otieno, the Nairobi Bottlers’ Key Account Executive, speaking during the awards ceremony, paid tribute to the all the players and teams involved in the qualifiers, appreciating their gallant efforts, all of which have made the Dasani Golf Gala an exciting and captivating golf event.

This year, the winning team at the grand finale Karen will be rewarded with a memorable golfing trip abroad. They will travel to Dubai in November to attend the Grand Finale of the European Tour, the DP World Tour Championship at the Jumeirah Golf Estates all courtesy of Dasani.

The 2012 DP World Tour Championship will feature the world's top sixty golfers compete in the Race to Dubai Grand Finale. The pick of the crop who include Rory McIlroy, Rose Justin, Molinari Francesco, Ernie Els, Luke Donald & Lee Westwood – all currently ranked amongst the world's top ten on the current Leader board will battle it out for the US$ 1.3 Million winner’s cheque.

While in Dubai, they will have the opportunity to play at some of the best golf courses in the region, which have in the past played host to leading players and tournaments.