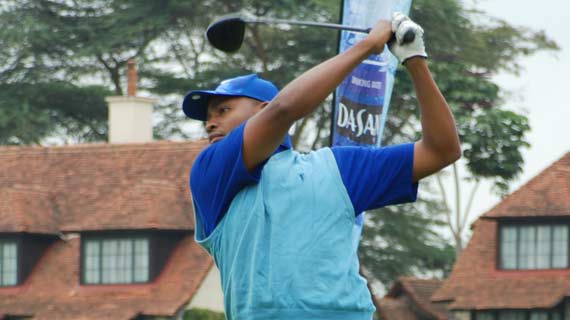 Kiambu Golf club is set to hold the 3rd edition of the Dasani Golf Gala this coming weekend.The outing  will feature players from 36 clubs across the country with qualifying rounds being held at 18 different golf courses. The grand finale will be at the Nairobi’s Karen country club on Saturday 29 September 2012.

Speaking during the launch, Coca-Cola General Manager -East Africa, Peter Njonjo said, “We began the Dasani Golf Gala in 2010 with the intention of taking the game to a wider playing base, fusing accomplished players with those wishing to pick up the game. This has played a major role in helping the aspirations of both sets of players, all driven by the strong desire to realize their potential and chart their own path.”

"The support from Coca-Cola is critical to the growth and development of the game of golf in Kenya. More corporate involvement will play a great role in creating platform for amateurs to play competitive golf and continuously improve their play.

To date the Dasani Golf Gala has reached over 8,000 amateur golfers in the country and tees off with the first qualifying round on Saturday 26 May 2012 at the Kiambu Golf Club.