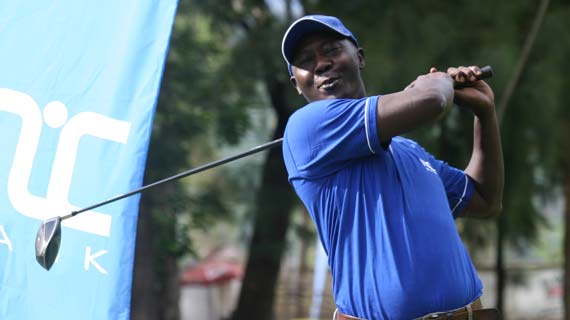 Aburi while speaking after being crowned champion said “ The course was very wet and rough but I managed to excel and I am excited with the final outcome.”

Rana Ali Sultan(Handicap 28 ) managed 35 points but lost on count back to become the fourth overall after scoring 20 and 15 in the first and second nines respectively.

Guest winner position was won by Peter Kimurua playing handicap 25 and managed a total of 35 points after amassing 15 and 20.