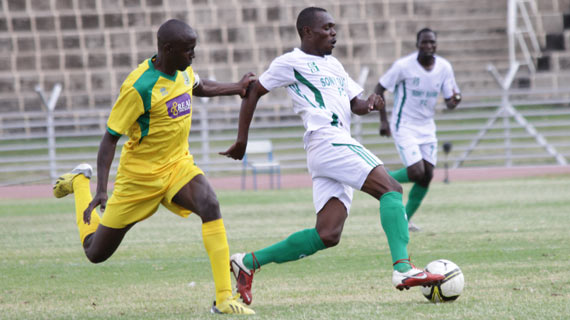 Sony Sugar head coach Zedekiah Zico Otieno had keeper Wycliffe Kasaya to thank as the Nyanza side romped to the semi finals of the Gotv Shield cup with a 4-2 win over Mathare United on Saturday.

The former Gor Mahia custodian was in hand to help his side book a semi final slot with penalty saves after the clash ended 0-0 in normal time. Kasaya was later voted man of the match.

The coach says everyone in the camp is excited with the important win and he hopes his team is best placed to qualify for the finals and end the season with some pride. Zico has particularly praised the team’s mental strength saying they have gained massive confidence in the past few matches.

"Our desire is to go all the way to the finals and probably lift the title. Nobody can rule us out. Upsets happen therefore it is anyone's game to win.” Said the former Harambee Stars head coach.

"My players continue to impress as the season matures. The never die mentality is with the team.” he said.