We are not to blame, Aladwa insists as he puts blame on match referee 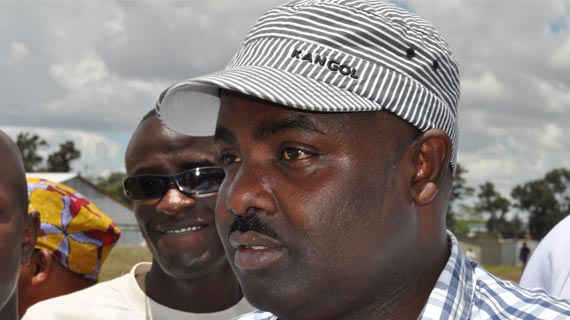 We are not to blame, Aladwa insists as he puts blame on match referee

In a bizarre statement sent to media houses, AFC Leopards Secretary General George Aladwa has absolved his team from the embarrassing chaotic scenes witnessed on Sunday that caused the abandonment of the GOTV semifinal clash with Sofapaka at the Nairobi City Stadium and instead blamed it on calls made by match referee Davies Omweno.

He said: “On behalf of AFC Leopards SC, we blame the referee Davies Omweno and his two assistants for the chaos which erupted before the end of our match GOTV semifinal match versus Sofapaka.

“He (Omweno) denied Leopards a clear penalty and went ahead to award Sofapaka a dubious free kick.

“This shows that the referee and his two assistants came to the match with a fixed mind to frustrate our team and help Sofapaka win the match.”

Aladwa went on to state that as a club they “read mischief” in the calls by the officials but makes no mention of the wanton  damage, destruction of property and injuries meted out on journalists, SuperSport crew  by the club’s goons and also on their own players’ cars.

His remark is likely to draw sharp reaction from the industry stakeholders. Sofapaka meanwhile are now poised to lock horns with Rangers in the finals with winners earing a berth to represent the country in the Caf Confederation Cup besides taking home the trophy and the Sh.2 million cash prize.