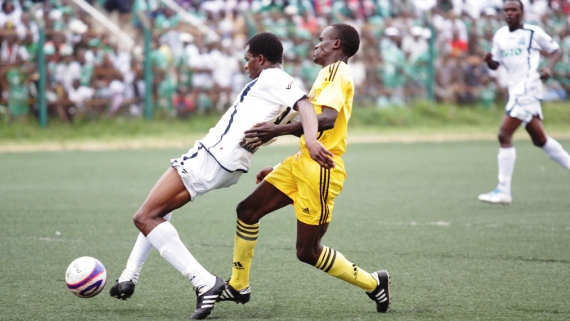 The Football Kenya Federation (FKF) knockout Cup tournament will enter the last 16 stage in the first week of September (1st and 2nd) as teams battle for a ticket to represent the country in next year’s CAF Confederations Cup. Five Premier League teams have qualified for this stage and only two have been paired together.

After a 5-2 thrashing of Borabu Chiefs on Sunday afternoon, defending Champions Gor Mahia will play their match at homeground City Stadium against Western Stima. This season, Gor has maintained a good record against the power men in the league, drawing the first leg in Nairobi and winning the return 2-1 in Mumias.

Last year’s semifinalists AFC Leopards will play nationwide side Congo United away at Mombasa. AFC Leopards sailed to the last 16 after a comfortable 2-0 win over Mathare United last Saturday.

2010 Champions and last year’s finalists Sofapaka will seek to replicate the form they showed against Ulinzi who they beat 3-0 when they face Mahakama at Nyayo Stadium.

Another KPL side Karuturi Sports will be out to make a good run in the tourney. Michael Nam’s side have been handed Nairobi Stima and will play at their well-manicured Karuturi stadium in Naivasha.

Eight teams will progress to the quarter finals set for 6th and 7th October.