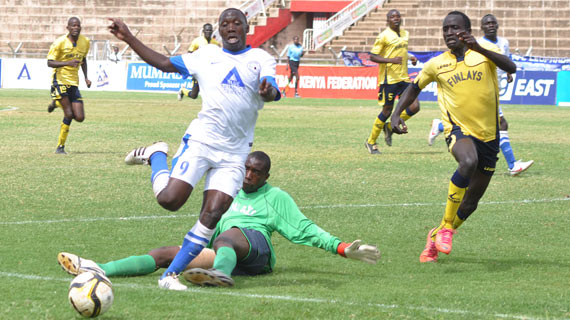 Two -time FKF Cup finalists' in 2011 and 2012 can afford to dream of another final following a 1-0 win over Finlays Horticulture in the quarter final stage at the Nyayo Stadium on Sunday.

John Baraza’s strike with 20 minutes to the end was all Sam Timbe needed to advance to the last four of the Gotv Shield cup.

Timbe said it was easy breaking a rigid Finlays side in the afternoon and is now looking forward to a positive semi final, "Only a game away and we are in the finals. Our opponents pressed well in the entire match leading to frustrations from my players.” he said.

"The important thing though is that we managed to get victory. We need not to think and work on our upcoming matches." said the Ugandan.

On his team’s lack of getting goals, Timbe said that is one area he will need to address from next season, "True we have not been scoring often as we could have loved. That is an area I will have to look at." he said.

Sofapaka will play AFC Leopards in the semi finals.