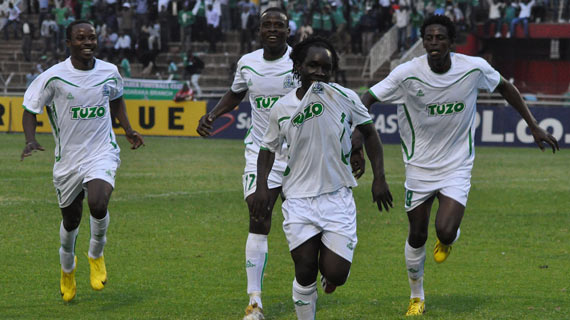 Gor Mahia forward Dan Sserunkuma has said that he and his team mates are focused for the Sunday GOTv Cup finals and are relishing the challenge.

Sserunkuma who has been integral in K’Ogalo’s march to the title, their first in 18 years, said that their aim is to claim the title and win a cup double that would cap a glorious campaign for his side.

“Right now, what is important is the match (finals), we are focused and we are aiming for a win.

The reigning Kenyan Premier League best player has a good record against AFC Leopards and has scored in all the meetings involving the two sides and his presence in Sunday’s clash will be a major worry to Ingwe faithfuls.

This term alone, the dreadlocked forward scored eight goals for the club to emerge as Gor’s top scorer for the second year running despite seeing little action in the first leg.

His goal tally in the ended campaign is however nine shy of the incredible 17 goals he banged in last year’s campaign.