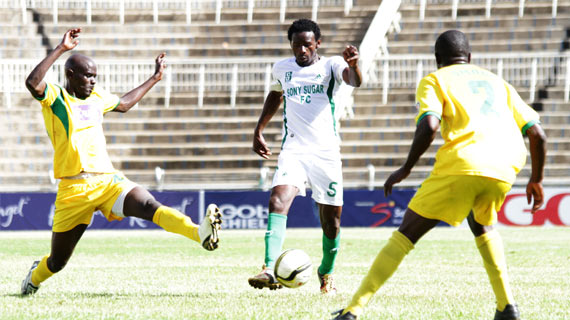 Sony Sugar on Saturday afternoon qualified for the semi finals of the Gotv Shield cup after bundling out  Mathare United 4-2 on post match penalties at the Nyayo National Stadium. The two teams played to a dull barren draw and the winner had to be decided on penalties.

In another match played at the Nyayo stadium on Saturday Gor Mahia were 2-0 winners over Western Stima with Dan Sserunkuma scoring both goals for the defending champions.