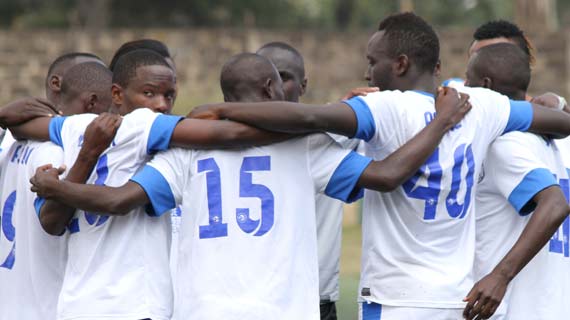 At exactly 3pm local time on Saturday afternoon, Sofapaka coach Sam Timbe and his Sony Sugar counterpart Zedekiah  ‘Zico’ Otieno  will strut out  of the dug out to take charge at the Nairobi City Stadium touchline  as they aim to end the season on a  high.

The two sides face off in the GOTv –Shield Cup - the second most prestigious trophy after the league diadem with each side aiming to earn the third place finish.

Unlike Sofapaka, Sony head into the match with little or no pressure and will be out to enjoy themselves in the game. Sony, a shock semi finalist in the competition, also tossed Sofapaka out of the Top 8 tournament and when they clash on Saturday afternoon, it will be   a battle of wounded egos.

Sofapaka  are hurting after failing to  win a major trophy, the third season running while for Sony, renewing  enmities could  have come at a “perfect time”  to showcase their credentials   after  fighting to the last hour to evade the relegation chop in the  just ended league campaign.

Zico’s Sony have been good visitors at the City stadium and the action is expected to ignite lots of fireworks.

Sofapaka with their strong bench power head into the contest as the hot favourites but Sony cannot be underrated what with a deadly forward in Moses Arita whose free scoring record in the last three league matches saw him extend his season goal haul to eight.

The sugar millers have never won a trophy since 2006 and are expected to give the duel their best shot just to pass a statement.

Both sides   boast of remarkably healthy squads after a week long break to shake off   fatigue accrued from punitive league fixtures. The major omission from Sony’s end will be defender Andrew Waiswa who is a long term absentee till March next year.