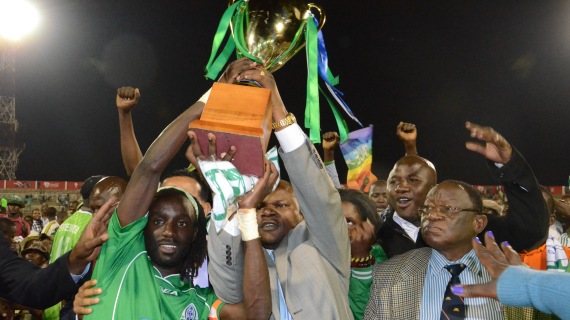 However this year, the winners will be getting 1.5 Million Kenya Shillings in prize money as well as an additional 500,000 to help the team prepare for the continental assignments. The second team will earn itself 750,000 shillings while for the first time, the losing semi finalists will battle it out in a third and fourth play-off match with the winner getting 500,000 shillings.

Also, Kenyan Premier League teams will not be subjected to the first round as they have been given a bye. So far, seven KPL teams have confirmed their participation. They are led by defending Champions Gor Mahia and last year’s finalists Sofapaka. Ulinzi Stars will field two teams in the tournament, the main team as well as their reserve team Ulinzi Warriors.

Nakumatt, Comply, Nakuru All Stars, Nzoia United, West Kenya, Moyas, Talanta and KRA are the Division one clubs which have confirmed participation. Others are; Borabu Chiefs, Raiply, Kenyatta National Hospital, Kisumu Hunters and University of Nairobi.

The deadline for registration is the 30th of May while the draw and the unveiling of the new sponsors will be tentatively done on the 6th of June.