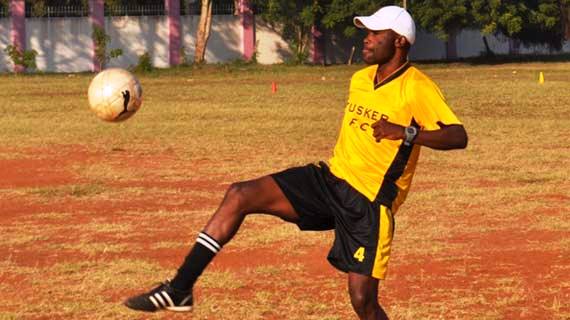 Kenyan Premier League defending champions Tusker FC started their campaign of the FKF Cup on a powerful 4-0 thrashing of Keroka United on Saturday and Coach Sammy Omollo is encouraged by the start.

“We are taking this tournament seriously and starting with a good win is positive. I rested most of my regulars especially the ones who had played on Thursday against Gor Mahia because they had some bit of fatigue,” Pamzo told Micheozfrika.com.

The Coach has underlined the importance of playing continental football, an opportunity opened by a win in the FKF Cup.

“Of course we still have our eyes set on defending the league but we are also targeting a win in the FKF Cup. Representing the country in Continental game is a prestigious feat and we will strive in both avenues to see which will lead us to CAF competitions,” adds the tactician.

Obadiah Ndege scored a brace in the 36th and 46th minute with Ugandan David Nyanzi and Kenneth Wendo scoring the other two to give the Brewers a 4-0 head start. They now head to the round of 16 and coach Pamzo concedes there is still a long way to go and focus must be maintained.