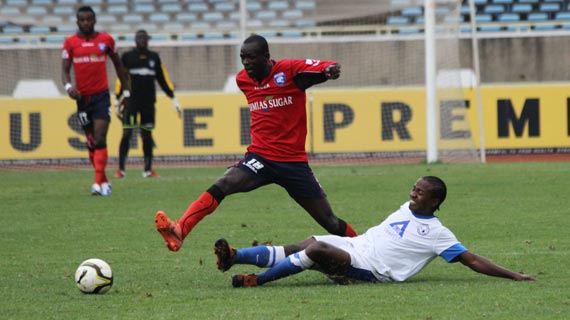 Midfield kingpin Paul 'Pinchez' Opiyo is looking forward to playing at the continental stage with AFC  Leopards next season.The Harambee stars player was at his best helping his team beat Sofapaka 2-0 in the Gotv shield cup to book  a final slot with archrivals Gor Mahia.

Pinchez’s killer pass led to Allan Wanga opener on Sunday afternoon and he deservedly won the man of the match award.

"The important thing is to help my team move a step closer to clinching a trophy .I believe we can do it," Said the former Tusker FC player.

"We did discuss in detail to try hard enough and qualify for the finals and win the trophy," he said.

The player added that with Gor Mahia running away with league title,his side was almost assured of continental football by virtue of being Shield Cup finalists.

"The prospect of returning to play at such big stage is a big motivation to us all. Personally I am looking forward to it."Said player who almost moved to Oman club early last month.