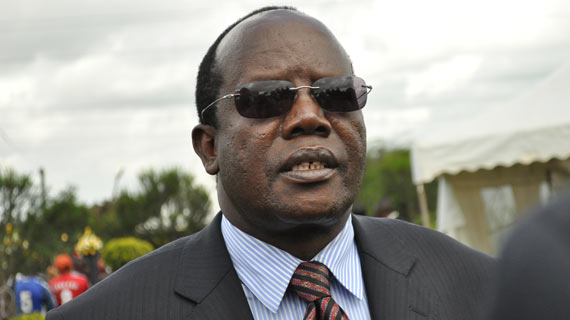 Football Kenya Federation Chairman Sam Nyamweya has congratulated Gor Mahia for retaining the FKF Cup following their 3-0 win over Sofapaka on post match penalties in the finals played on Tuesday night at the Nyayo stadium.

Nyamweya in his message promised to support Gor Mahia in raising funds towards their CAF confederations Cup participation next year.

“I would personally spearhead an aggressive funds drive for Gor Mahia in January to ensure that the club raises funds to comfortably compete at the CAF Confederation Cup next year.”

A total of 31 teams took part in this year’s competition and Nyamweya has called on more teams to register for the competition next year as there are good prospects for a title sponsor of the domestic Cup competition.

“This was one of the most competitive Cup competitions to have been witnessed in the country in a long time and next year the competition would be more competitive. I would also like to congratulate all the teams that took part in the competition for making it very vibrant.” Added FKF Chairman Sam Nyamweya.