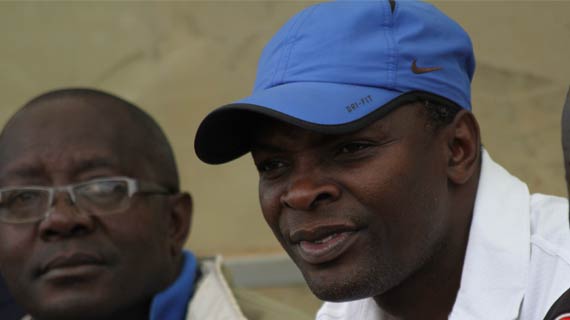 AFC Leopards  interim coach  James Nandwa says that  his goal  is to get a win  over  league  struggling  side Karuturi Sports when the two sides  lock horns this  Sunday  in  the  quarter finals match of the GOtv- Shield  Cup.

Nandwa has maintained  a 100 percent  record  ever since he took charge at the Ingwe  den  and  he will be aiming  at extending  that  tally  at the  Nyayo national stadium.

“So far the team has done well since I took over .The boys now have confidence and we want to build on that.

“We expect the Sunday match to be tough, but we are prepared and we are hopeful of getting a favourable result” he said

Nandwa who also doubles up as Harambee Stars deputy coach is credited with turning around the fortunes of the side which was struggling prior to the dismissal of Belgian Luc Eymael.

In  three  matches  he has been in charge, Ingwe  has clawed Chemelil Sugar 1-0 in the round 16 knockout phase  of the Cup  competitions to end their decade long winless streak  against  the “sugar millers” before  beating KCB(1-0)and Muhoroni  Youth(3-0).

A  Sunday win will earn them a semi finals berth as they keep up hope of ending the season with some Silverware.

Leopards has not won a trophy since 2009 when they last bagged the Domestic trophy, then known as Football Kenya Limited Cup.