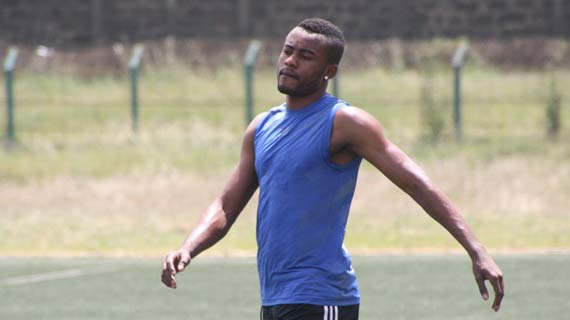 AFC Leopards coach Nicholas Muyoti has said his team is mentally and physically ready to take on experienced Wazee wa kazi when the two teams meet later this afternoon in a second round match of the FKF Cup. The match will be played at the City stadium at 4:00pm.

Muyoti will be in charge of the team this afternoon as head coach Luc Eymael is currently out of the country.

Muyoti will however have to do without his key central defenders Anthony Kimani and Jonas Nahimana both out with knee injuries.

The coach, is yet to name his starting squad but he says they will take the match with all the seriousness it deserves since they want to represent Kenya in continental competition next season.

“ Wazee wa kazi as the name suggests is an experienced team that cannot be underated. We will approach them cautiously and hope we come out strongly. This is a knock out match and there is no room for recovery so we need to be at our best.” He says.