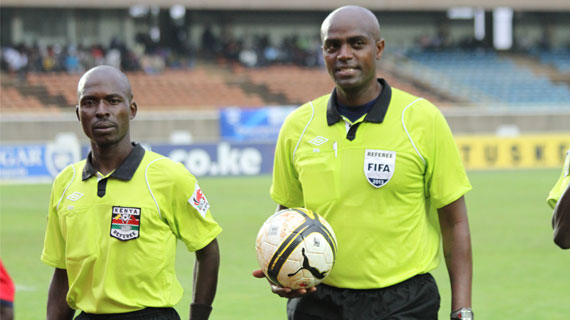 Kirwa, a FIFA referee ,will take charge in the Saturday  third- place play off involving the sugar millers against the Batoto Ba Mungu  and will be assisted by  Peter Sabatia  as first  assistant referee   while Tony Kidiya  will  be  second assistant .The fourth official in the match will be Andrew Juma.

On the other hand, Omweno, who has officiated past high octane derbies pitting K’Ogalo against Ingwe, will be in the thick of things on Sunday yet again as he takes charge in the grand finale. The soft spoken truck driver by profession will be assisted by Peter Kiereini (1st  assistant), Gilbert Cheruiyot (second assistant) and Israel Mpaina as fourth official.

Sony and Sofapaka will lock horns at the City stadium, while the grand-finale will be played at the Nyayo national stadium .All matches kick off at 3pm local time.