Logarusic : Result excellent but performance not 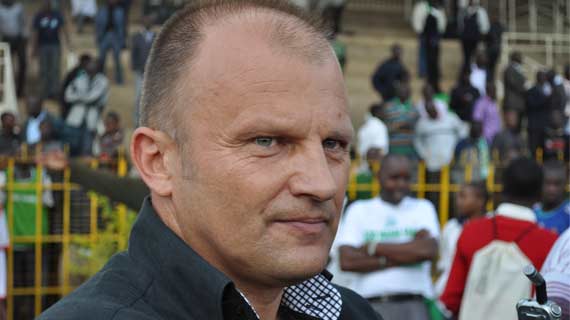 Logarusic : Result excellent but performance not

Gor Mahia might have thrashed Kisii County League side 5-2 in their first FKF Cup match on Sunday afternoon but Zdravko Logarusic was not a happy man after the game.The coach who made changes to the squad from the side that beat Tusker 1-0 in the KPL top 8 on Thursday said most of the players have a long way to go to cement their positions in the starting eleven.

“Some players have been loud in the dressing room citing lack of playing time. And finally when we did give them a chance, they put us in a compromising situation. I want them to talk in the pitch and play well. Yes we take credit as winners however that was a lackluster performance,” said the tactician

Logarusic denied he underrated the little known Borabu Chiefs going to the match, adding that in cup competitions  any team is capable of winning.

“It’s anyone’s game in cup competitions. Our opponents played quite well today. Going to the break we were being held at 2-2. We had to act quickly to save the sinking ship. I had to make all three changes after the interval. They paid luckily off.”

“The league might be way beyond  us somehow; we want to win all our remaining matches to boost the little hopes of a good finish. As defending champions, we want to win the cup and represent the country in the continental stage. I want our fans to know we are not giving up though on winning the league,” concludes Logarusic.