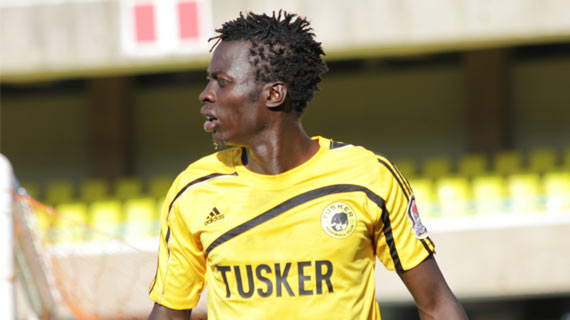 Defending champions AFC Leopards staged one of the most dramatic comeback to recover from a two goals deficit and  beat  Tusker FC 3-2 in a GOTV semi- final match played at City Stadium on Sunday afternoon.

AFC Leopards had the first chance of the game but Jack Saleh fluffed off a corner kick.

In the 4th minute, a great build up by Tusker ended with Jesse Were whose shot was too strong for Matasi to hold onto and resulted in the first goal for the brewers.

In the 38th minute, Jesse Were latched on to a long ball forward then beat a careless Matasi who was off his line for the second goal.

Jesse Were had another chance to grab a hat-trick but he shot straight at keeper to keep the score line 2-0 at the half time break.

In the second period, Ingwe came back determined to recover from the first half shock.

The efforts paid off when Tusker’s Llyod Wahome handled Abdalla Juma's cross to gift AFC Leopards. Austin Ikenna stepped up and calmly sent Samuel Odhiambo the wrong side to reduce the deficit in the 64th minute.

In the 76th minute, Tusker had a chance to bury the game but Ali Abondo's shot went way off target.

In the 83rd minute, a harmless long clearance by keeper Matasi was headed into own net by Luke Ochieng to gift AFC leopards an equalizer.

Immediately after the restart, Humphrey Mieno produced one of his best shots to beat Samuel Odhiambo and send the crowd at City Stadium into cloud nine.

The win will be a big reprieve for Coach De Jongh who has been under pressure recently.