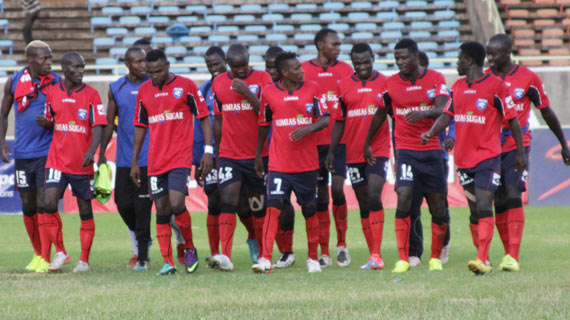 AFC Leopards have pitched camp in Mumias ahead of this weekend GOTv Cup finals against sworn rivals Gor Mahia. The two sides renew rivalries in what will be their third meeting of the season with a Cup title and Sh.2 million at stake.

In the first leg league match Gor won 1-0 before sharing the spoils after a 2-2 draw in the reverse fixture at the Kasarani stadium.

AFC Leopards under interim coach James Nandwa is sharpening their skills at the tranquil locale in Mumias plotting the downfall of their opponents until Thursday when they relocate to the capital ahead of the clash.

Club secretary general George Aladwa said that the team is treating the match with the enormity it deserves and will give their Mashemeji a run for their money in the weekend battle.

The “big cats” are already guaranteed continental football berth after storming into the Cup finals aided by the fact that Gor has already bagged the league title and as such cannot compete in two continental assignments   even if they triumph over Ingwe.

Should Leopards outwit Gor, it will be the first time they are winning a title after a four year wait.