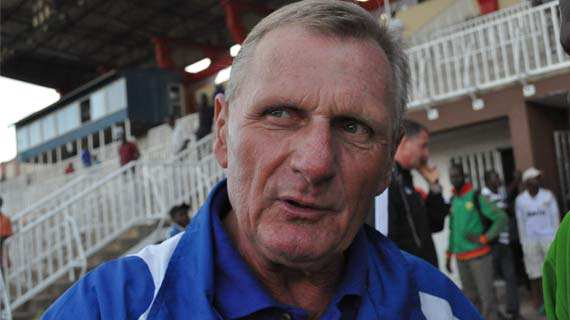 KPL leaders AFC Leopards will be starting the quest for Continental glory on Saturday afternoon at the Nyayo National Stadium when they welcome Mathare United in the second round of the FKF Cup.

Last year, they lost out to Gor Mahia in the chaotic Semi final match and Coach Jan Koops says that the team is hungry to showcase its name on the continental page.

“We know we have the players and we have one of the strongest squads in Kenya. We are hungry to represent the country in the continent because it has been a long time since Leopards have been on the continental scene. We have a rich continental history and we are in to revive those great days,” Koops told Michezoafrika.com.

He has also outlined that his team is taking the FKF Cup with utmost seriousness as well as the league as they seek silverware in both.

“We are not taking the FKF Cup lightly because it is a good tournament and we want to play seriously. We are also keeping our eyes on the league and we want the double. Of course Mathare is a good side and it will not be an easy match especially being a knockout tournament,” Koops adds.

The Dutch tactician will be without Victor Ochieng’ and Paul Were both of whom are nursing injuries but he will be boosted with the rise in form of keeper Patrick Matasi.