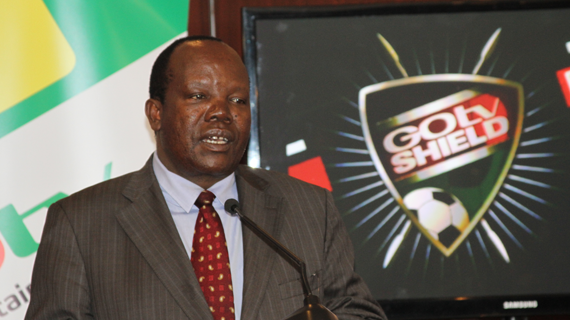 Football Kenya Federation has announced that all mechanisms have been put in place ahead of Sunday’s GOTv Cup finals pitting Gor Mahia against AFC Leopards.

The match will be played at the Nyayo national stadium beginning 3pm.

Ticket sales begin on Saturday through to Sunday from BM Security outlets and vans at the following destinations.

Tickets are retailing at Sh1, 000 for the VIP and Sh500for the terraces.

Ticket Verification will be done outside the perimeter fence and not at the gates and no fan will access the stadium without tickets.

No alcohol or other offensive items will be allowed in and a buffer zone condoning both sets of fans will be created at the Russia stand.

Both club fans have also confirmed that they will have lunch together at a city hotel before converging at the Jevanjee Gardens and then walk hand in hand to Nyayo Stadium as a sign of peace and brotherhood.

Security has been heightened with a deployment of over 300 police officers, Anti Riot squad, police dog unit, and mounted police, Administration and Antiterrorism as well as the GSU who will secure the venue well in advance.

The Aerodrome road right from Kengeles and the Bunyala Junction will be closed to all traffic as from 12.00 noon and reopened at 6.00pm. Fans have been urged to arrive early as the gates will be closed at 2.30pm.