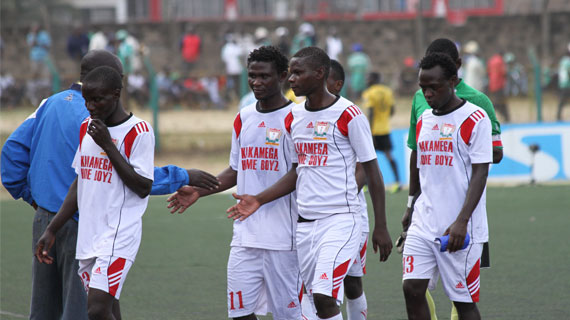 Aaron Shakava scored in extra time to give Kakamega Homeboyz a 1-0 win over St. Joseph  in the second round of the Gotv Shield cup played at the Afraha Stadium on Saturday afternoon.

St.Joseph’s  had knocked Kericho Zoo in the first round of the rebranded FKF cup and proved a difficult task for the premier league team holding strong  for the entire 90 minutes before they crumbled in the final minutes to allow a late goal.

St. Joseph’s coach blamed poor concentration for the loss but also praised the performance of his boys saying they fought like champions.