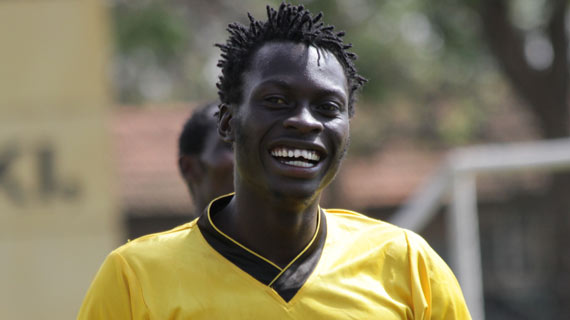 Substitute Victor Ali Abondo was the toast for Tusker FC on Sunday  scoring the winning goal in the dying minutes of their GOTV Shield Cup match against Western Stima.

The match, played at the Ruaraka stadium in Nairobi had all the ingredients of an explosive encounter with  four of the five goals scored coming in the second half.

Ishmail Dunga scored the only goal of the first half  as Tusker had a one goal advantage  by the breather.

Stima were  on fire in the second half scoring two quick goals within two minutes thie first through  Shaffique Batambuze who tapped home with a left footed  finish beating Farouk Shikalo in Tusker's goal.

Before Tusker could find their footing, David Okello was back with another goal for the visitors as Stima took  the lead .

But Tusker were not dampened by the trail , Jesse Were restored parity  in the 72nd minute.

Substitute Ali Abondo then killed the match for the brewers who are eyeing three trophies this season , KPL, Top 8 and the Gotv Shield Cup).

Speaking after the match , Stima coach Henry Omino said it was purely a matter of bad luck as his team gave their best, " I am also surprised  with the final result. We wanted to end it within 90 minutes but unfortunately it did not work in our favour. Despite the loss I am  impressed with the performance staged by everyone who got a chance to play today.