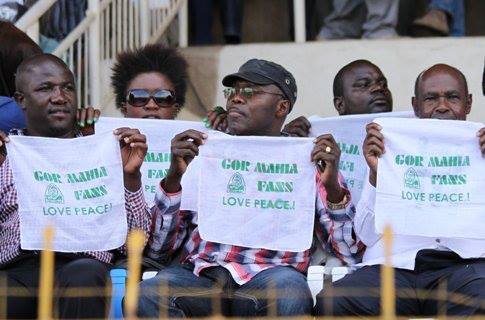 Gor Mahia hierarchy has condemned the assault on Sony Sugar players on Saturday in the GOtv Shield Cup semi -final clash involving their team against the sugar millers.

Gor prevailed wining the contest 4-2 in post- match penalties to storm into the Cup final but the rather close contest was overshadowed by ugly scenes of Gor fans attacking Sony players Wycliffe Kasaya and Andrew Waiswa.

However Gor ‘s senior vice chairman  David Killo  in an interview condemned the attack terming it  “barbaric and uncalled  for”.

“We do not support whatever transpired at the stadium. It is a barbaric and backward practice that should be condemned.”

“Fans need to restrain and handle themselves with decorum” Kiilo said

that as much as the fans may have been trigged by Kasaya’s antics, the uncalled for assault on the aforementioned players was unjustifiable.

“Even we as Gor Mahia nobody want to see such an ugly incident .It was unfortunate, ” he said.