Finlays will not fear Sofapaka 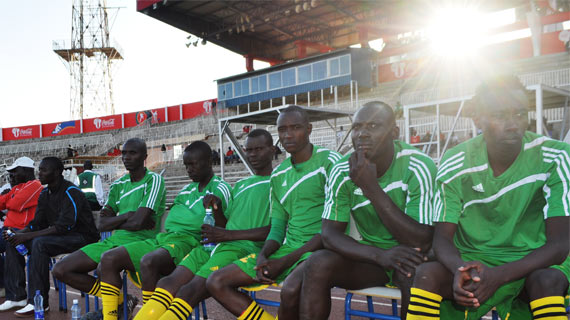 Finlays will not fear Sofapaka

Underdogs Finlays Horticulture will take the tag positively in the quarter final match of the Gotv Shield cup against Sofapaka on Sunday. The Division one team remains as the only team outside the Kenyan Premier League in the last eight of the re branded FKF cup.

Captain Patrick Nzengo speaking after the unveiling of the trophy at a Nairobi hotel on Tuesday night said the team is fully focused on causing more upsets in the cup competition.

“We made it to the quarters by merit. Nobody can say we don’t deserve being here. We have worked very hard to qualify. On that note I want to assure everyone we are not done yet.” said the skipper.

The team from Naivasha upset Bandari FC in the pre quarter round of matches to advance to the quarter where they will face the former league and cup champions Sofapaka.

“At this stage anything is possible whereby we need to have faith and continue pressing even harder.” said the confident Nzengo.