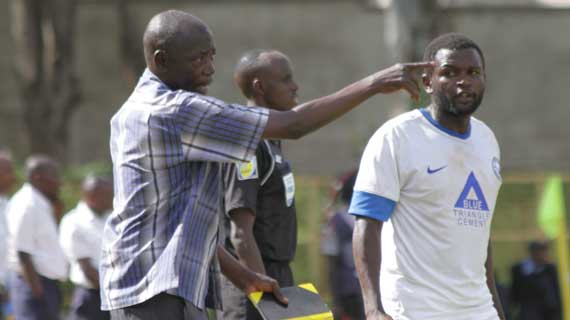 After missing out on the league title which went to Gor Mahia’s trophy cabinet, Sofapaka returns to decisive action on Saturday afternoon aiming to exorcise the ghosts of losing the league crown to Gor Mahia  when they lock horns with league bound Posta Rangers in an all-stakes GOtv Cup finals.

The two sides clash from 2pm at the Afraha Stadium in Nakuru with Sofapaka heading to the match as firm favourites.

Ahead of the clash, Sofapaka coach Sam Timbe has come out of the closet to beat his side’s title chances insisting that they “deserve to win a Silverware” based on the strong they run they had in the league.

“We are more than prepared .We want to win and so we will give it our best attempt,” he said.

Timbe will be counting at his deadly attack quartet comprising his top scorer in the league Enock Agwanda, Fiston Abdul,John Baraza and  Antony Ndolo while at the back, the presence of skipper Felly Mulumba should provide a calming effect.

Rangers on the other hand cannot be written off after easing past league side Bandari en-route to the final. The George Maina coached side put up a brave fight to knock out West Kenya Sugar at the semis and are oozing confidence ahead of the showdown.

The match will mark an emotional re-union of Joseph Nyagah with his former team mates at Sofapaka while old war horses Pascal Ochieng, Collins Kisuya, Denis Mukaisi and their ilk will be out to make a point.

At stake are the bragging rights, the trophy, Sh. 2 million cash token and a berth to continental Caf- Confederations Cup next term.