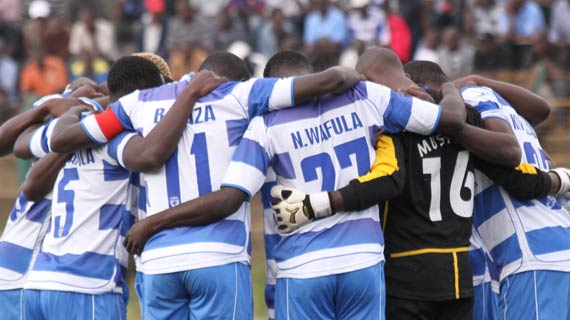 It had long been seen coming, it was smelt and even felt but whether Ingwe could strike like lightening was another question all together.

After weeks of moil and turmoil at the den which culminated with the entire   technical bench being sent packing, many football pundits expected AFC Leopards to sink to the abyss of Kenyan football.

Not even the elevation of Harambee Stars deputy coach James Nandwa and club legend Mickey ‘T9’ Weche to the technical bench was expected to steady the ship.

But alas! On Saturday afternoon, the playing unit  heed the call of the long suffering fans  to pick their  pieces dumping bogey team Chemelil Sugar   out of contention in the Go TV Domestic cup  after beating the  latter  1-0.

It is a goal that could have come late at the last quarter through prolific veteran midfielder Charles Okwemba, but in a way underscored the pedigree and deep talent of a squad that holds the record of most league titles won.

However, of late, they have failed to reinvent that sparkling glow of the golden era gone by, but the Nakuru win should spark some believe in the Ingwe nation

Okwemba , a former Rangers player, needed  just a cross from the ever  marauding left back Juma Abdallah to  complete the job, and he  humbly   responded to the call in kind  .

Ingwe can now dare dream again .As much as the league title could be out of focus, winning the domestic cup, the second most important trophy in Kenyan league’s football will be a fete good enough to crown a season that was on the brink of total collapse.

For now, the good soft spoken Nandwa will just need to plot the downfall of either struggling Karuturi Sports or pretenders to the throne Kariobangi Sharks at the next hurdle as he leads the Leopard to a potential first trophy in four years.