Borabu Coach: Without Rama we could have beaten Gor 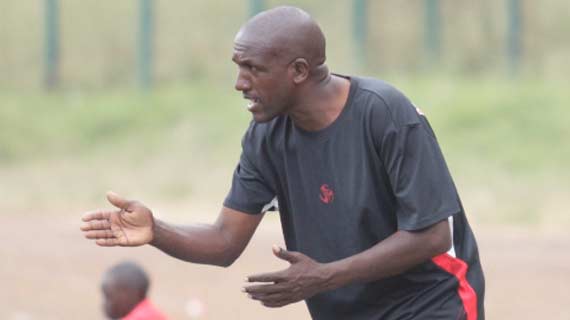 Borabu Coach: Without Rama we could have beaten Gor

By AMOS ABUGA 06 Aug 2012
Kisii based Borabu chiefs coach Nelson Nyariki Chweya has praised his side despite going down 5-2 to Gor Mahia in the president’s cup on Sunday. The coach said scoring two goals against a team ranked 45th in Africa was incredible saying the results could have been much better had some blunders not cost them.

“My players responded very well having gone 2-0 down in the first half an hour. We scored wonderful goals making it a draw at the interval. I believe the results could have been much better had we not conceded some easy goals due to poor marking at the back,” he said.

“As a coach I am so happy with the performance, we go back to the provincial league knowing we have played with the best in the country. I must say Rama Salim did punish us. My players failed to play to instruction, allowing Salim time to run and destroy us.”

“My instructions were to mark Rama and not the one he was passing the ball to. He was given more time resulting in several blunders committed due to his silky runs and dribble. Without him in that match the results could have been way different,” said the coach.

Nyariki said his players have been motivated when they go back to the provincial league as they will play their hearts out with the intention of climbing up the ladder and play in the top flight in the years coming. Borabu Chiefs take part in the Nyanza South Provincial league.