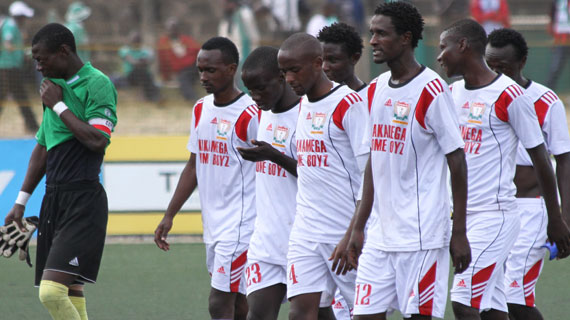 A penalty by Keiphas Matuu in the 9th minute and a second half goal by  Moses Mudavadi guided host team Homeboyz to a 2-1 win over visiting Ligi Ndogo at Bukhungu stadium on Saturday in an FKF Premier league match .

Ligi Ndogo had taken the lead in the 8th minute through Ken Maritim but failed to sustain the pressure from the home team who landed a penalty just a minute later for an equalizer.

In another league match also played on Sunday, Posta Rangers were 3-1 winners over Talanta Academy at Kasarani. Charles Pilili and Collins Neto scored in the 38th minute and 41st minute as Rangers led 2-0 at halftime.

Godfrey Kataka added the third for Rangers in the 56th minute.

Benson Amianda pulled  consolation goal back two minutes before the end of the second session but it was too little too late for any miraculous comeback for the host.