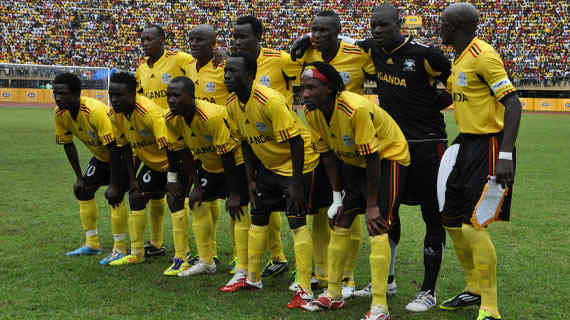 Savio Kabugo's well-placed header off a corner in the 8th minute proved enough for the Cranes to silence the star-studded side. The win served as a sweet revenged after the first group match ended in a 1-1 following what many considered an unfair equalizer.

After the win, Uganda moved second in the group standings on 7 points, one less than leaders Ghana.

The table standings could change after Togo(6 points) versus Guinea(4 points) to be played later on Saturday.

Uganda will play the final match against Guinea on 19th November  in Casablanca, Morocco because of Ebola fears in Guinea.

This week, Morocco pulled out of hosting the tournament due to Ebola fears. CAF has awarded Equatorial Guinea the rights to host the tournament and disqualified Morocco.