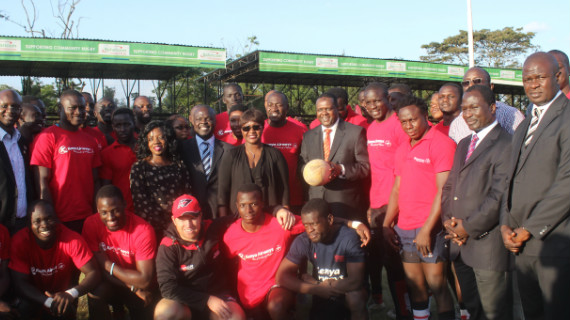 Cabinet Secretary for Sports, Culture and Arts, Dr Hassan Wario will be taking it upon himself to see the country bid to host the 2019 World Championships.

This will be the biggest event on Kenyan soil and therefore the minister said he shall be working closely with the concerned parties especially the Athletics Kenya (AK) Federation and the SSMB, among others to see the bidding for the major event in the coming seven years.

The Secretary noted it will be a big task as the nation seeks to put its stadias in good condition since that happens to be the main consideration before such bidding is granted.

“Hosting a World Championships is an enormous logistical exercise. It requires venues for celebratory dinners, closing parties, a complex transport network and, most importantly, facilities that affect the athletes directly such as training venues, warm-up facilities, hotels. Those are the areas to work on towards achieving the big obligation ahead.” He said.

Wario who hails from Moyale District holds a Doctorate Degree in Anthropology. The minister noted the task ahead will be demanding therefore urging the stakeholders to work hard towards meeting the targets.