Special One no more as Mourinho exits the Bernabeu 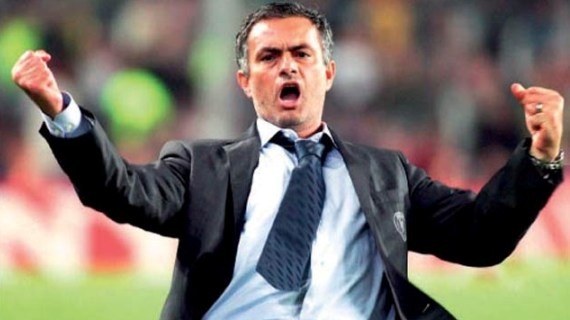 Special One no more as Mourinho exits the Bernabeu

It was inevitable, the signs were always there. The egos, the expected performances, the rattles, internal rows, bullying journalists and refusal to talk to the press, you could run out of reasons. Last night came the confirmation; Real Madrid C.F. and Jose Mourinho are parting ways under mutual consent.

Here’s a manager who, in three seasons, took Los Blancos to the heights they once enjoyed in years past. Three consecutive semifinal appearances and breaking the dominance of archrivals Barcelona with a La Liga title in the 2011/2012 season are something the fans should have been proud of.

But they weren’t. He was booed and disliked. The Portuguese tactician had booted club captain and fan favorite Iker Casillas to the bench. The former Chelsea, Porto and Inter Milan coach had feuds with his lieutenants on the pitch, namely Cristiano Ronaldo, Pepe, Sergio Ramos, just to name but a few. The fans had wanted him out before yesterday’s official confirmation by club president Florentino Perez.

The two-time Champions League winner had burnt so many bridges, making him lose the loyalty of the players unlike his tenure at Stamford Bridge and at the San Siro. Nevertheless, he had seen it coming, he had prepared for his departure and it’s hard to see whether Los Merengues would have been better off had he not come on board, given their record before his coming.

The fans at the pressurized Bernabeu may be seeing white smoke emanating from the white house, but, depending on how the preferred Carlo Ancelotti or even Rafa Benitez perform, it may not last for long. With little support coming from the board, a manager may not achieve the desired results. He must feel wanted.

Though his personality was disliked by many, he was an intelligent and efficient coach that instilled discipline and confidence in his side. He fashioned the Castilian giants into a team that produced counterattacking football to devastating effect, he put an end to Barcelona’s ways of wiping the floor with Los Blancos.

But the egos in the camp would have been too much even for the legendary Sir Alex Ferguson and his much feared hairdryer. That’s Real Madrid for you. Mou doesn’t lack people who admire him, and he’s primed for a second stint at Chelsea.

The biggest problem revolves around the club. It’s the hottest managerial seat and Jose will be relieved to have left it. The board has to ensure the next manager is given the mandate to stamp his authority, to suppress or root out egos in the dressing room. Otherwise, the richest club in the world may still attract top talent, but go back to the six consecutive seasons they were knocked out of the Champions League in the round of 16 before the Special One stepped in.

It’s a fact, there are few better title-winning coaches than Jose Mourinho. Has the club made a mistake similar to sacking Vicente del Bosque?